I know it’s been forever since I last updated you on Judah, but things have been going really well and there hasn’t been much to report.

He has been doing so good! He is now up to 18 lbs and 29 inches long. He has 5 teeth in and 4 more on the way. He’s been sitting up by himself for over 3 months now and can even support his weight while standing (with a little help). Judah loves throwing his toys around. His facial expressions seem to multiply as he gets older. Liz and I keep asking each other, “Where did that face come from?”. We are now allowed to have him off the ventilator completely for one hour and forty minutes twice a day. We’ve been adding on ten minutes each week for a couple months now. He’s doing so good with it! He is consistently making noises. It’s taken him a long time to learn how to get air around his trach. Overall it’s really been a great summer. No problems at all.

The one major thing we’re still dealing with on a regular basis is him not keeping food down. This happens 8-12 times day. Sometimes it’s because he’s got a lot of mucus in his throat and he’s learned that throwing up solves that problem. Once the trach is out, that side of the issue should pretty much resolve itself. (Because the trach is a “foreign” object in his throat, his body actually creates more secretions.) The other part of it is that it seems like his body doesn’t like the feeling of food in his belly. This is actually fairly common among kids with HLHS. Sometimes the problem originates in a part of the brain that is underdeveloped. Other times it’s because the heart can’t supply enough red blood cells to the stomach. The stomach then can’t do it’s job, so the body rejects the food. We’re not sure exactly what the problem is with Judah. We’ll have to wait and see how things play out. We have also noticed that he will make himself throw up. Whether it’s by putting his finger down his throat or dry heaving until something comes up. We’ve been working hard to teach him not to (which has been pretty successful) but it definitely seems like there is actual desire behind it.

The next big thing is Judah’s heart catheter and bronchial scope on September 24th. This will be an overnight stay at Strong. They’ll have to put him under anesthesia, and then keep him over night to make sure he comes out of it alright. They will be taking an in-depth look at his heart function to see when he’ll be ready for the next heart surgery. Typically, the second heart surgery for HLHS kids, called the “Glenn” is done around 6 months old. Judah is almost 10 months but because his blood oxygen levels have remained normal, (for him) he hasn’t needed it yet. We are anticipating the surgery will be in October or early November.

They will also be taking a look at his lungs to see how they have developed since he was trached back in January. Our hope is that Judah’s lungs will have developed enough that we can start to look at getting the trach out. If his lungs have improved completely, they will most likely still wait until after he recovers from his heart surgery to take the next big step.

Our prayer requests remain pretty much the same:

1. That Judah would keep his food down. That whatever is causing him to throw up would no longer be an issue.
2. That his bronchial tubes would grow strong and large so he would have no need for the trach and vent.
3. Complete healing in his heart.

Thank you all so much for praying and believing with us! Below are a few recent photos of Judah. 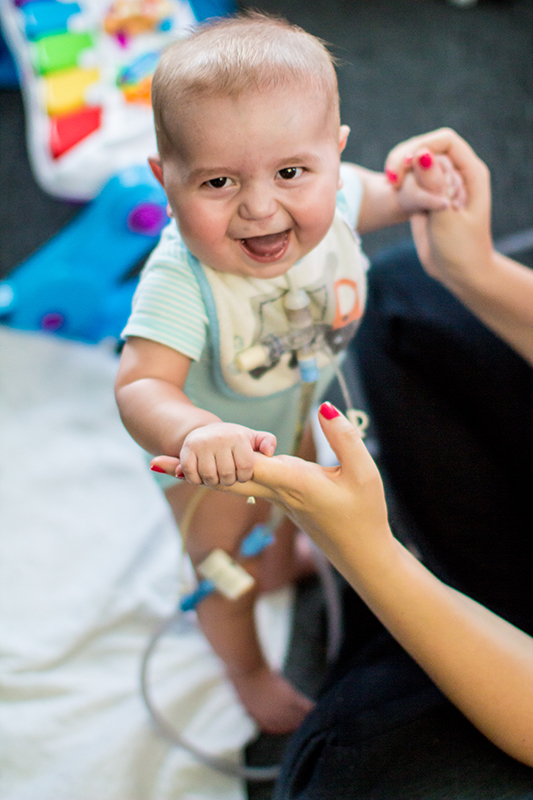 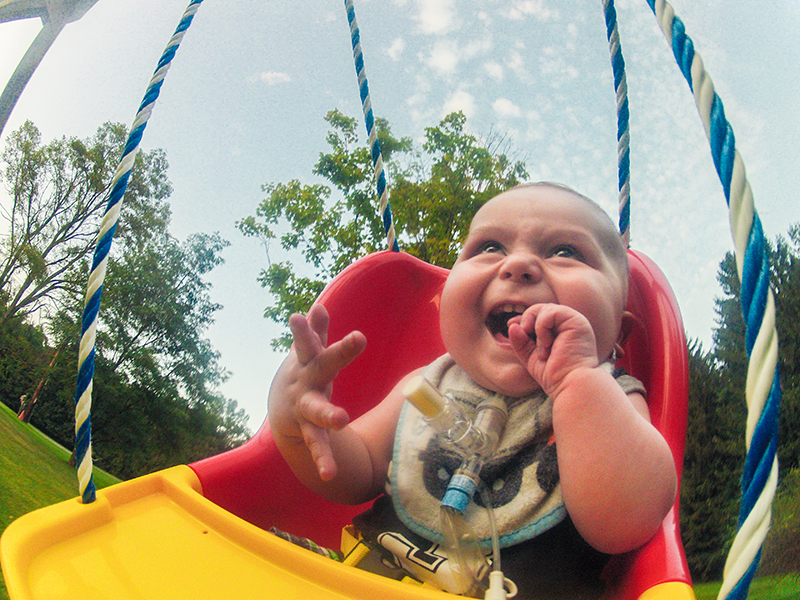