We knew from the beginning that it would be this way. They said it would be a long road and it would be full of ups and downs, two steps forward and one step back, and they were right. We got a phone call at 6AM this morning letting us know that Judah had to be re-intubated (they had to put the breathing tube back in). Since they removed it on Monday, he has been having a hard time breathing on his own. We hoped it would be something that he could work toward correcting himself, but that just isn’t the case.

In addition, his doctors have determined that his left side phrenic nerve was damaged during his heart surgery. This is the nerve that controls the diaphragm, which helps us breathe. As we inhale, the phrenic nerve tells the diaphragm to contract, which enlarges our chest cavity and creates suction that draws air into our lungs. Because his nerve is damaged, it actually does the opposite and effectively only gives him use of 1½ lungs instead of 2. This is the reason he’s been breathing so hard. 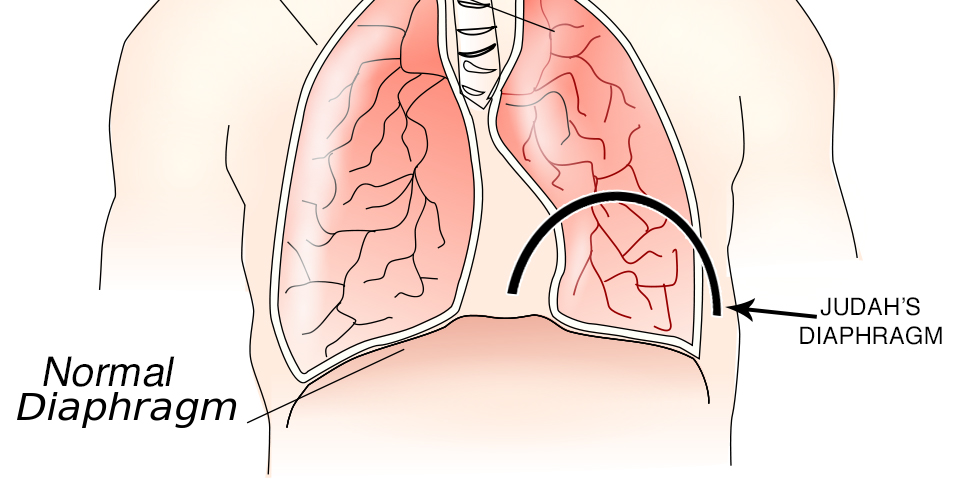 The fix for this is an operation called “Plication of the Diaphragm,” where they will flatten the top part of the diaphragm so his lung can expand the way it needs to. This operation will take place on Tuesday. The reason for the wait is because of the cardiac anesthesiologist’s schedule.

The good news is everything else is working well. Judah’s heart is doing great and he is digesting milk just fine; he is still receiving milk through a feeding tube. Because of the breathing tube, we’ll have to put attempting to nurse on the shelf for the time being.

We knew this would be a hard road from the beginning but we’re in this for the long haul. As I stated in a previous post, HLHS is one of the few diagnoses that the hospital will allow you to take your baby home to expire and not try to stop you because they know how difficult it is to walk through. We in no way regret our decision or are having any thoughts of giving up but are beginning to see why they do allow it.

We choose to rely on God’s grace and are resting in His love. He is a good God. We remain steadfast in our cry for a miracle over Judah’s body. We are so grateful for your prayers and the way your words and actions have carried us over the last few weeks.

This video was originally posted on 11/15/12 on Facebook. (The night before the surgery.)

This is what they will be doing tomorrow: