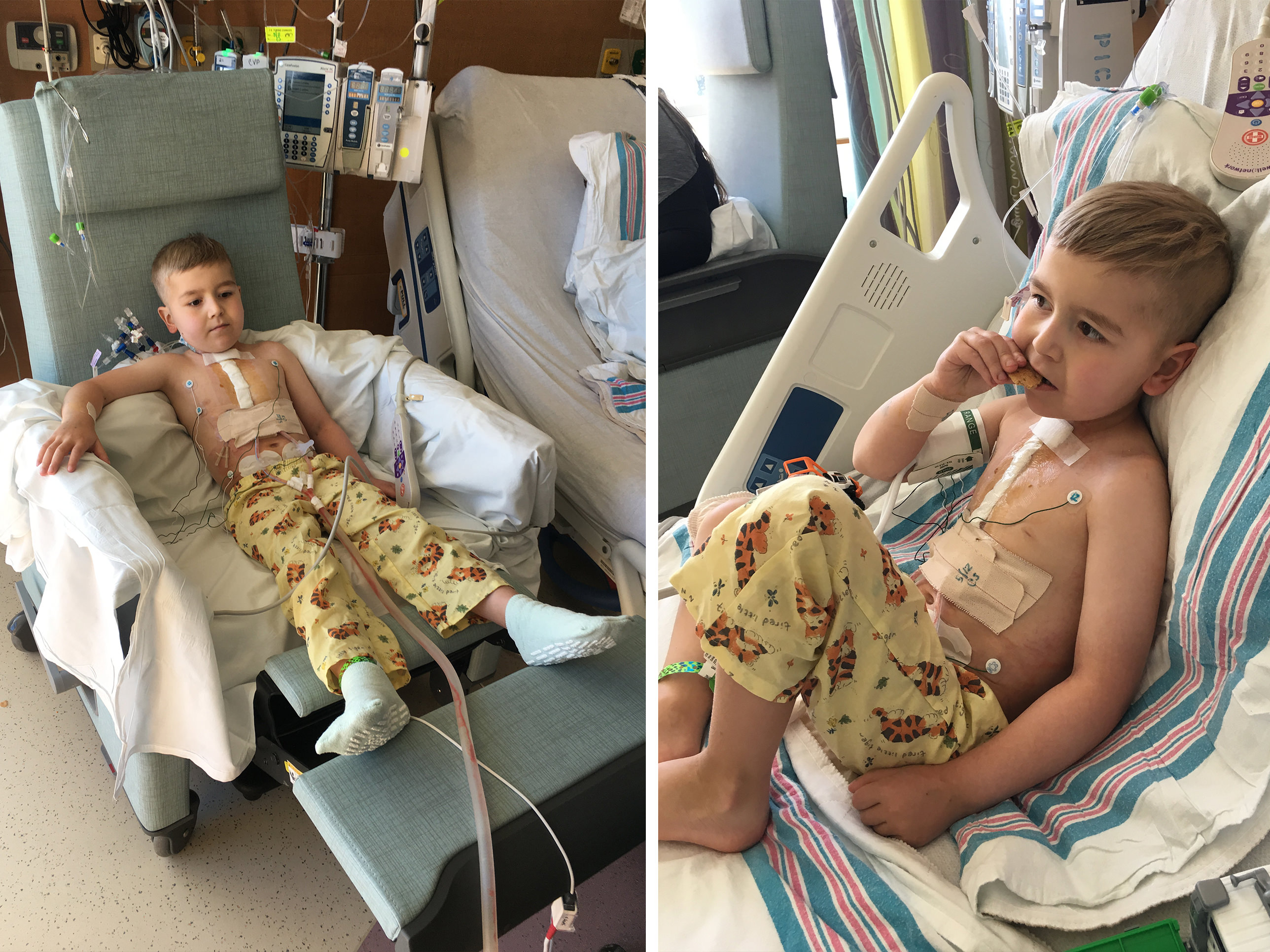 Hey friends, things have been going well since Judah’s surgery this past Thursday. I’ll catch up those of you that haven’t seen my Facebook posts. If you just want the latest news you can skip down to the break.

After about a 7 hour surgery, we talked to the surgeon, who had a great report–everything went as planned. That night, Judah was extubated (the breathing tube was removed that went through his mouth, needed during surgery) without any problems. His first words were, “I was so brave.” Then he tried to flex his muscles –– perfect! It was great to see a tiny bit of personality.

The first night Judah hardly slept. He didn’t seem to be in a lot of pain, he was just awake most of the night. Yesterday, Friday, was a pretty calm day. Medically, he’s doing well, but he’s uncomfortable and cranky most of the day (which is to be expected). They removed an IV line, so that made things a little easier.

Last night he slept well (which is great) and today he’s back on a normal wake/sleep schedule. It’s been a similar day today, and we’re still seeing medical progress. He’s been weaning off a few medicines and is able to eat and drink. They took out his arterial IV line from his wrist and we saw a HUGE change in Judah. He’s talking, asking questions, playing a little, and overall much more himself. We’re VERY happy about that. We miss our goofy little guy. He was also able to be helped out of bed and into a chair for a few minutes. It’s amazing what he’s able to do only 48 hours after major open-heart surgery.

Tomorrow, we hope to get him up walking around a bit and Monday we’ll continue getting more mobile.

Our biggest concern at this point is that he has some fluid in his lungs. He has a really hard time coughing due to the pain his chest and torso are in. It’s important that he is able to clear all the “junk” out so that it doesn’t settle in his lungs.

We SO appreciate the support from you all. Whether it’s thoughts, vibes, or prayers, it means so much to us! We always ask for prayer because it’s what we believe in. We’ve seen it and felt it in action. We’ve lived it. It’s a unique feeling when you can feel the prayers of others, actually holding you up in times like these. We’re grateful to God for His grace and strength over the past few days. He’s been so good to us and to Judah.